Forge your own scythe blade 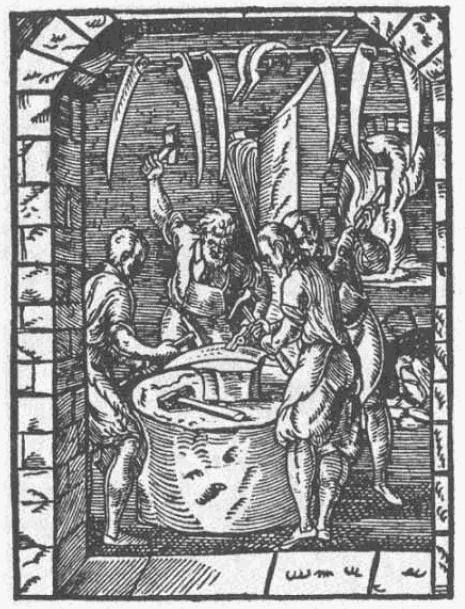 A question about a previous post (Brubaker scythe blade, Made in USA), followed by the response from Jack Brubaker:


Is there any chance you could provide me with a fuller description of how you went about making the scythe blade itself?
I have been scouring old books and the internet to no avail for  information and instruction on this aspect of blacksmithing.  I am interested in the details of this as I have no machinery, such as a foot hammer, to pursue this project.  It is my hope that with more details I might be able to reproduce the same effects with simple hand tools.
-- Carl