In contrast with the typical Continental and American scythes having two grips, and the Eastern European scythes with one grip, this type of traditional haying scythe from Finland has a bent shaft with no grips. In Finnish its name is Väärävarsiviikate, which breaks down to:


So it seems to translate to "false arm scythe". (Is it purely a coincidence that the French word for scythe is faux, which also means "false" or "wrong"?)

The blade is attached by wrapping with a wicker-like strip of a flexible branch, and tightening it with a couple of wooden wedges, as shown below:

The scythe pictured below is from Southwest Finland. Note the difference in section views; one portion is round and another is teardrop shaped. The end of the snath is hollowed out to hold grease (more about that later).


Modern-day scythe blades from Finland have a profile unlike the typical "continental" scythes. Instead of a right-angled rib, the Finnish blades have a wedge-shaped thickening at the back of the blade, as shown in the two profiles labelled "Finsk" near the bottom of the following diagram. The traditional Finnish scythes (Väärävarsiviikate) presumably have blades with profiles similar to the one labelled "Finsk".


The Väärävarsiviikate blades would periodically be taken to the blacksmith for renovation after damage or when the edges became too thick from repeated sharpenings. The blacksmith would heat the blade, reshape it by hammering, and then heat treat it. A grinding wheel was then used to restore the bevel.

All of this information is given as background for the following video from 1936. Seeing these scythes in action can be quite surprising. (The video starts after about 15 seconds of black screen.)

The film opens with a man loosening the "wicker" attachment on a scythe and taking its blade, along with five other blades, to the village blacksmith for renovation. Afterward, the blade is re-attached with some new binding material, adjusted, then wedged tightly in two places. The hafted blade is then sharpened on a boy-powered grindstone. The scythe seems to be fairly light and nimble.

Meanwhile, lunch is packed into a wildcrafted backpack, and someone gets her dress stuck in the door on her way out (a scene for the blooper reel). The group convenes, six men with scythes and two women with rakes. The men gulp down some shots while holding their scythes, and they proceed to the fields.

The scything technique is amazing, cutting with both leftward and rightward strokes, and making a sort of figure-eight swing (more like an infinity symbol). The curvature of the snath is used to facilitate the turning of the blade from one cutting orientation to the other. For the most part, the hand positions remain the same during both strokes (with the left hand at the end of the snath), but starting at 5:31 one of the men is actually switching right and left hand positions as he swings.

When the blade is about to be honed, note the dry whetstone hanging horizontally from the belt in a flap of fabric. At 5:57, note the grease being taken from the hollow end of the snath and rubbed on the palms and the snath.

Later, they all get busy with hay rakes. At about 6:27, one of the women reverses her rake and uses the top of the handle to move some hay.

Lunch follows with some very large "bagels", and then rest time. At around 6:49, note the woven soles of their shoes. Birch bark?

Hay is then dragged on a "sledge" made from a tree branch.  One man cuts and twists a "cord" made from whippy branches, and uses this to tie up big bundles of hay that he carries. Note the "Hay Pusher" technique starting at 7:42, with women and men paired up and each pushing a hay rake.

After the hay is taken to the storage structure, at 8:19 a woman gets a drink of water from the lake using a dipper. A communal meal follows with no individual cups or plates or bowls. Drinks are taken from the same pail on the table, and food is shared from the same bowls. 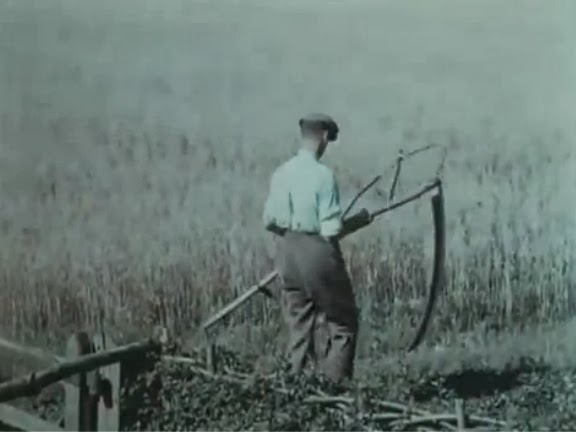 An article titled "Secrets of the Scythe" was published in the July 1938 issue of The Countryman magazine. Perhaps some forgotten aspects of the English scythe can be "rediscovered". Here are some excerpts:


On setting the tang of a new blade:

When a new scythe-blade is bought the tang is flat in the same plane
as the blade. If it were attached to the snath without any adjustment
it would be at a sharp angle to the ground, and the first essential is
that the sole should lie flat on the ground when the mower takes up
his stance. We must therefore take our new scythe to be hung by a
blacksmith...

The instructions regarding the swing (keep the blade level, without raising it at either end of the stroke) and the stance (shift weight from right foot to the left foot as the swing progresses) sound remarkably similar to how present-day "continental" scythes are typically used, although here the swing is limited to about 90 degrees:

Now about stance and swing. The mower stands with his feet about
2 ft. 6ins. apart and facing slightly to the right of the line of the swathe
he is about to cut. He should balance on his toes, bending slightly
forward.

The scythe should remain at the same height from the ground, with the blade level throughout the cut. Swing the scythe to the right until the point is in line with the shoulders, and take the cut by swinging to the left, smoothly without slashing.

As the weight of the body is transferred on to the left foot at the end of the swing, advance the right foot about 5 ins. The left foot is advanced the same distance on the return swing. This is what the countryman means when he says, 'Keep the left foot back so as not to cut your leg'...

Both arms should be used equally during the swing. The feeling to the mower should be that the left arm is drawing the blade through the crop, while the right arm, supporting most of the weight, holds the scythe balanced.

The full text of the article appears at this site and a PDF file can be downloaded there.

I obtained a physical copy of this issue of The Countryman, and the only information that doesn't appear in the PDF are three figures (redrawn below): 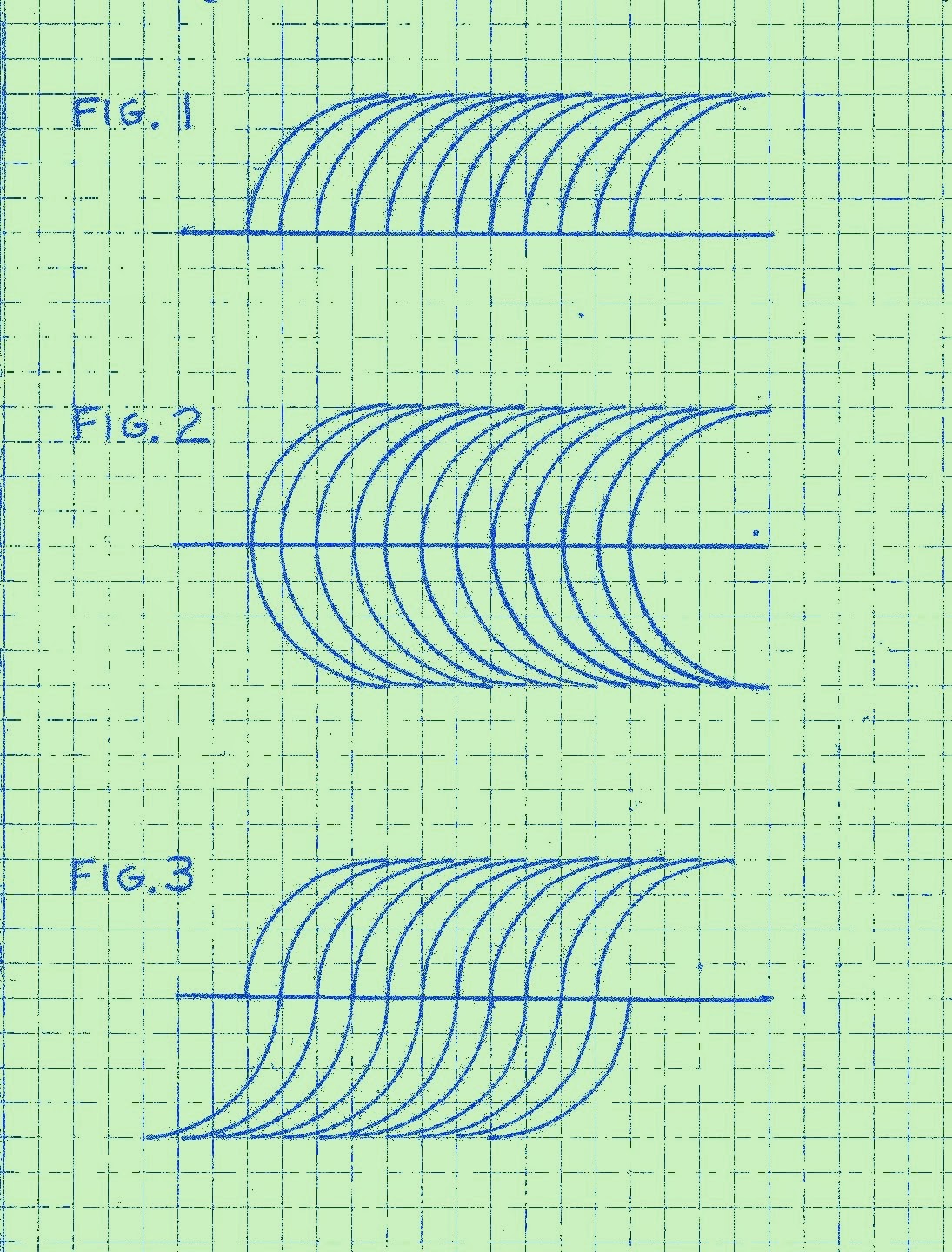 Figure 1 represents "the normal way of cutting a straightaway swathe", with the straight line being the edge of the standing crop (grass, etc.) Alternately, Figure 1 shows a way of cutting along a hedge, with the cut starting at the hedge and the swathe "laid against the uncut edge of the crop" (the straight line). Note that the resulting cut from each swing is effectively limited to 90 degrees.

Figure 2 shows a hypothetical semicircular swing, but this is not possible without "a change of stance, and therefore two cuts to each semi-circle."

Figure 3 shows the recommended way of cutting along a hedge into an uncut field, with two swaths.  At first, the cut is made along the hedge and the swathe deposited against the uncut edge of the crop (the straight line). Then, the mower "turn[s] and cut[s] the standing crop in the opposite direction, laying the second swathe on top of the first."

[Note: In the above descriptions, "swathe" is sometimes synonymous with "windrow"]

During the same year that this article was published in The Countryman (1938), a documentary film titled English Harvest was produced. Early in the film, an English scythe is used to open the field for harvesting by a horse-drawn reaper-binder.

Shown below is a book from 1899 containing an essay titled "The Decline of Harvest" which looks with disdain upon this type of self-binding reaping machine (as seen in the video), and recalls scythes with nostalgia: 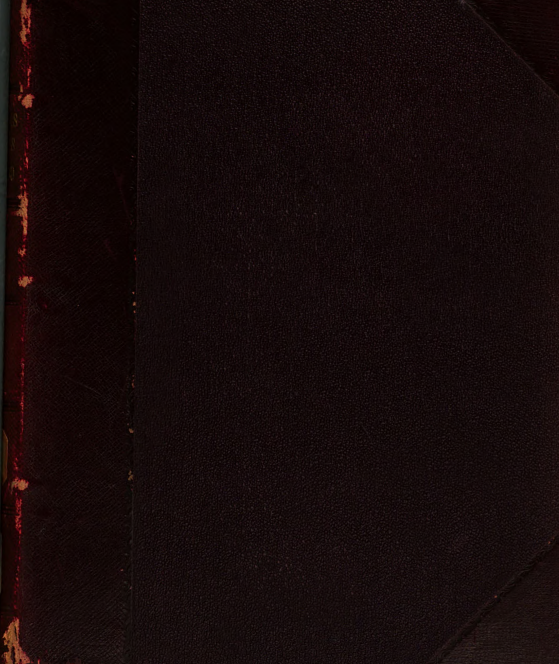 ...there can be nothing more saddening than the change which has come over the harvest field during the last 30 years. In the 'sixties it was no uncommon thing -- in spite of the gradual inroads which the mechanic and his machines had then made into rural industries -- to find a typical old English harvest scene in the corn-yielding districts. As you went about the land what time the air was fragrant with the scent of ripened barley, you came across some broad-acred field where the standing corn was being cut in the primitive fashion with scythe and sickle, and where the scene which almost every English landscape painter has striven to depict on canvas was apparent in its natural truth. You heard the swish of the scythe...

How different it all is nowadays! ...There is not at first sight a sign of life in the field. Then you are aware of a curious, whirring, rattling, peace-destroying sound on the other side of the still standing corn, and you see across its waving expanse the heads of horses, the heads of a couple of labourers, and with them a fanlike Thing which goes round and round and round, striking into the crop with mechanical regularity. You wait half-fascinated until the Thing approaches you, and as it draws nearer its roar and rattle becomes harsher and more terrifying.

...the advent of the "self-binder" has changed everything and to a certain extent the glory of the harvest time is over...  there are times when one experiences a feeling of vague, restless regret that the old things have passed away, and that the English harvest-field scenes of our grandfathers' days are not to be seen in ours.


The full text of The Decline of Harvest can be read here.

The Phoenix Works (T. & J. Hutton & Co. Ltd.) was the last remaining scythe and sickle works operating in Britain until its closure in 1988. This company published an instructional booklet that appears at the Ridgeway History Website, and some photos from that site (from Frank Fisher's collection) are linked below: 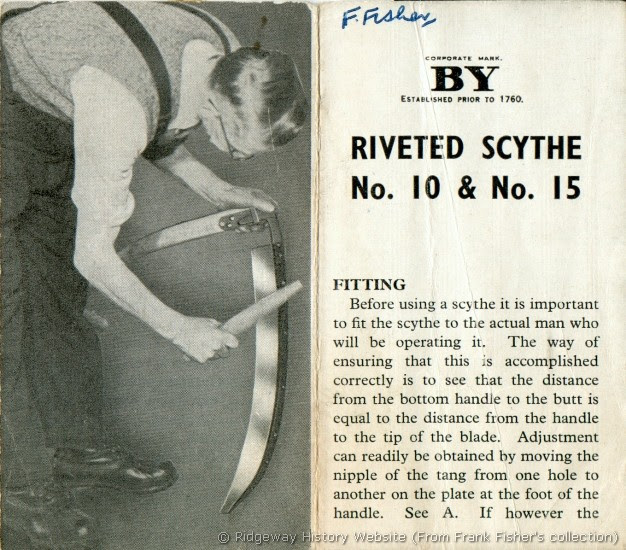 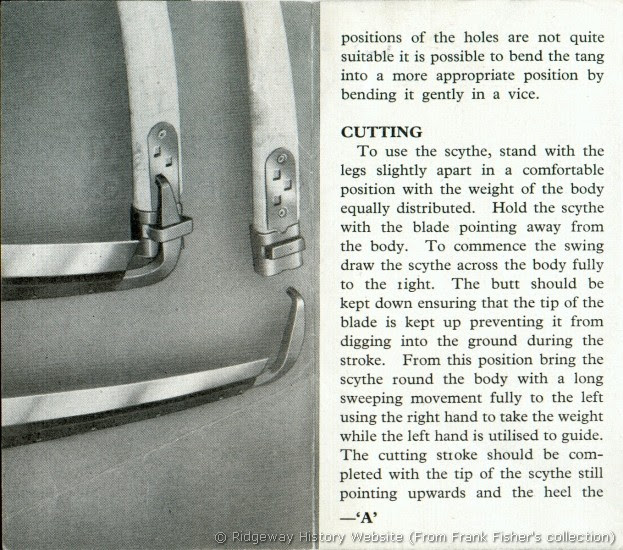 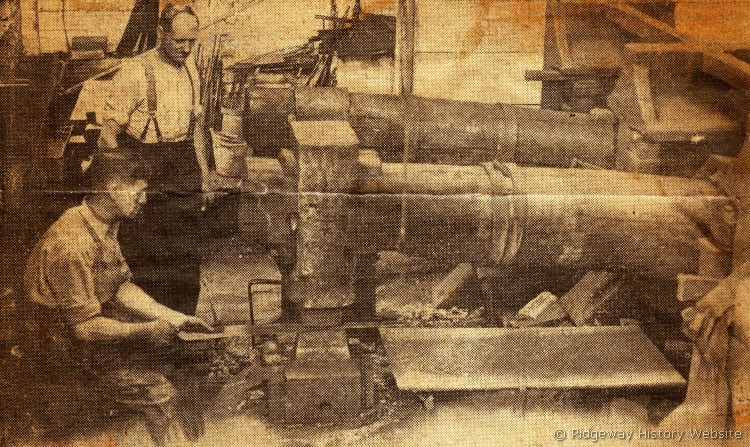 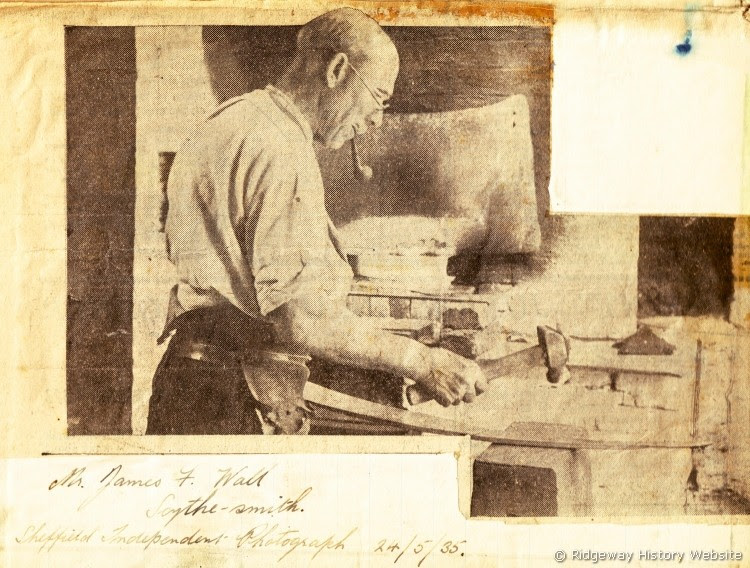 Video and low-resolution screenshot photo (showing details of English scythe with bow) from 1938 film "English Harvest" from Dufay-Chromex Ltd and attributed to Humphrey Jennings in the video description here. 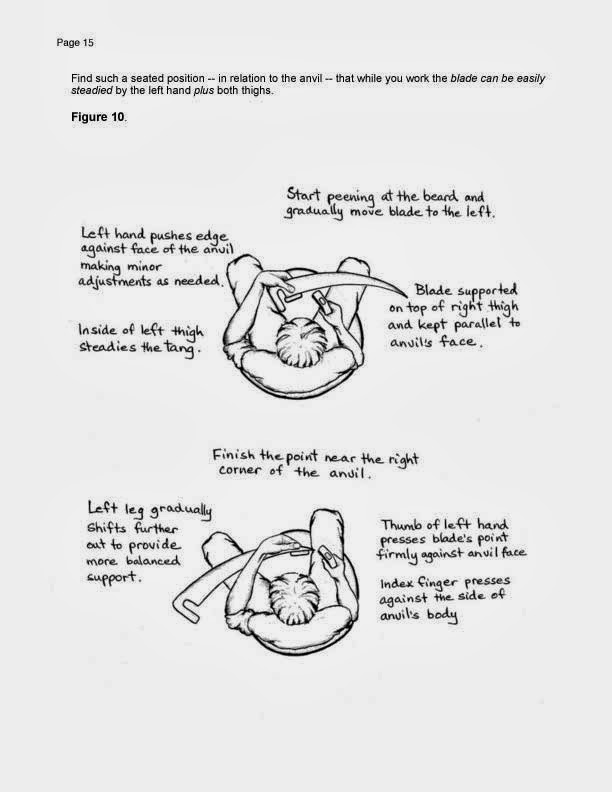 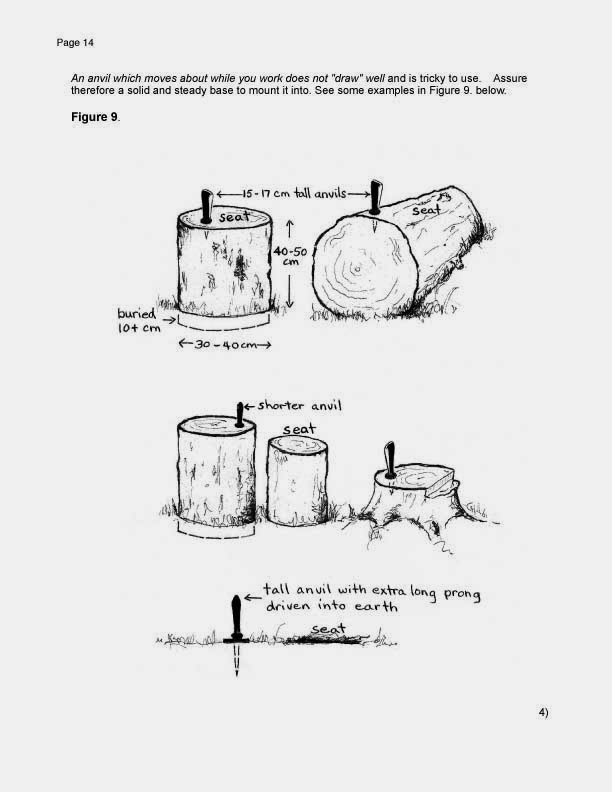 A work-in-progress from the folks at ScytheConnection and ScytheWorks, written primarily to assist scythe users in developing countries.

UPDATE: The previously posted pages have been removed temporarily while the primer is being revised and completed.

All text and images are copyright ©2014 Peter Vido