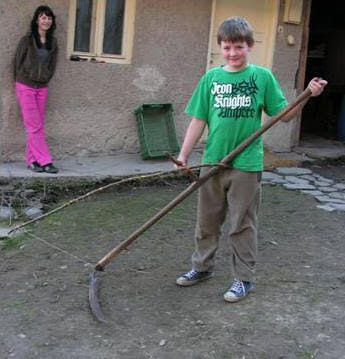 These photos show the classic type of grain cradle used in Central Slovakia. 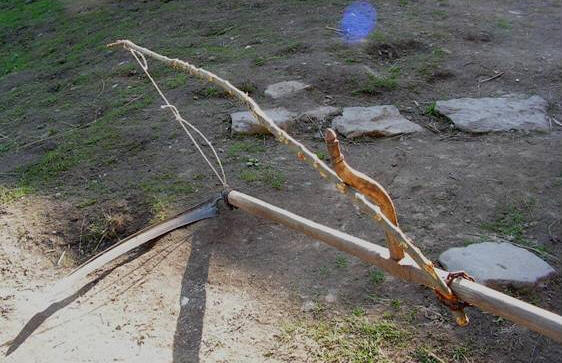 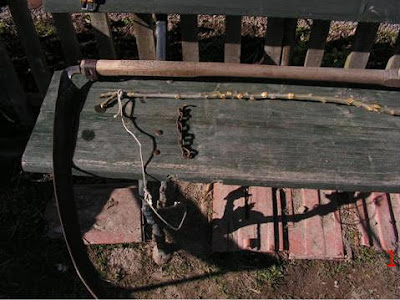 This simple design requires only a short length of chain, a suitable tree branch (or sapling), some cord, and a screw at the end of the one-grip snath. 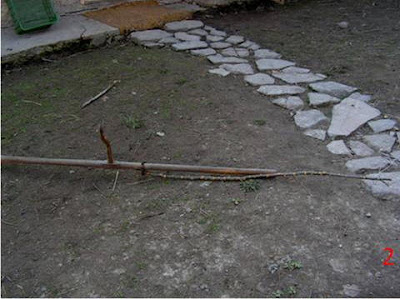 The loop of chain is used to loosely attach the branch to the snath, as shown in this photo. 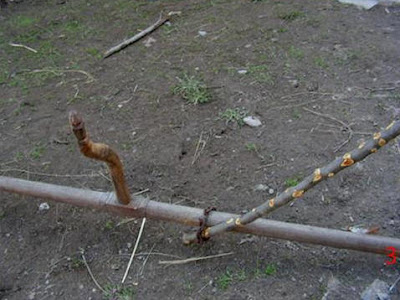 Moving the branch into position will then tighten the chain and hold the branch firmly against the snath. 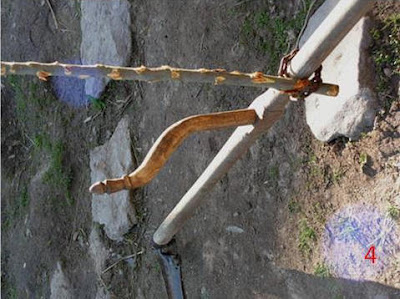 When the branch is perpendicular, the chain is tight and the branch starts to bend. 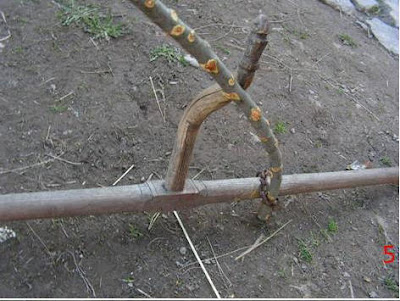 The snath grip acts as a brace to hold the branch in place while the scythe is being used. 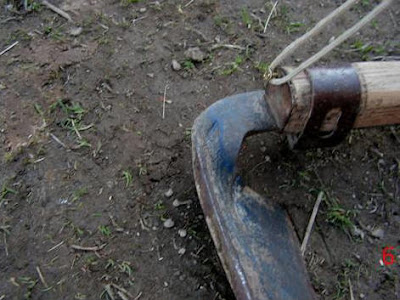 The cord is tied to the branch and looped around a screw at the end of the snath. 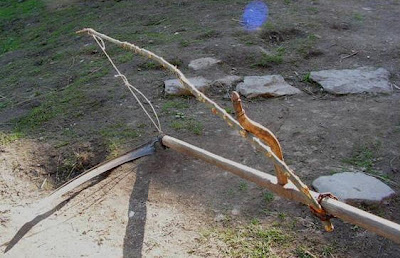 After making easy adjustments to the length of the cord and the position of the chain, the grain cradle is ready for use.


Peter Vido has this to say about grain harvesting and this cradle design:


"This rather quickly written piece on a very pertinent subject is meant as a provisional response to the growing interest in the grain harvesting scythe, often referred to as a “cradle scythe”.


To begin with, I’d like to present some “facts” (call them opinions if you wish), which I intend to substantiate here at a later date.

The body of the cradle consists of a green (and thereby flexible) hardwood branch or thin sapling and a piece of string. (The wooden piece used in these pictures is a branch of a wild plum – hence all the knots.) The string is tied to the end of the branch as well as a small nail/screw/staple at the lower end of the snath. By lengthening or shortening the string, the branch is pulled into a position most suitable, depending on the height of the grain, to hold the cut stalks. The weight of this cradle is a fraction of the more complicated contraptions – and, most importantly – is easily owner-made!

The logic of the upward (and at the same time slightly forward) pointing grips will be apparent to anyone who actually tries out the two options, side by side…
In any case, I think that the folks in the UK (using the Swiss made snath version sold by the Scythe Shop along with the cradle made by Steve Tomlin), as well as all those buying their “grain scythes” from Scythe Supply and Botan Anderson (mystic prairie) will end up working a lot harder for their bread than is necessary…"