Sowing seeds for a scythe revolution 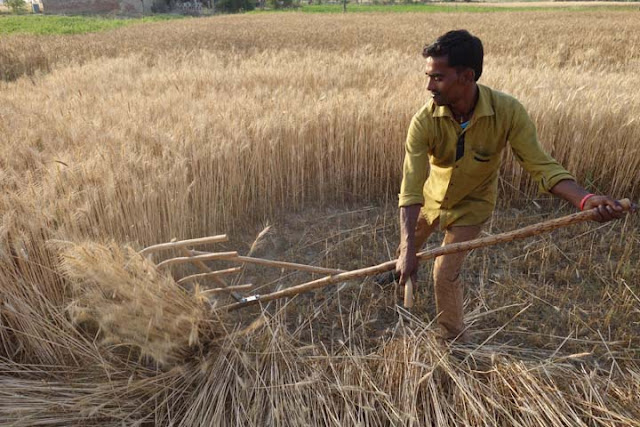 The following report was written by Sy Schotz about the recent introduction of scythes to India (population 1.25 billion). Some background: 80% of the farms in India are considered “Small” or “Marginal". The average size of land holdings is 1.3 hectares, and manual labor plays a large role. More than 50% of India's working population is involved with agriculture (compared with 2% for the USA, and 4% for Western Europe), and there are still shortages of agricultural labor.


Sowing seeds for a scythe revolution
by Sy Schotz

For one month in the spring of 2016, I had the opportunity to join Alexander Vido (of Scythe Works) in demonstrating the use of the scythe to harvest wheat in India, where the tool has been practically unknown. That country perhaps stands to gain more from the use of scythes than any other, because of the hundreds of millions of its farm workers who still harvest wheat and rice with sickles.  Replacing the sickle with the scythe would make it possible for crops to be harvested in a fraction of the time, besides being much easier on the bodies of the users.

The seed of this scythe mission was sown in Alexander's heart ten years ago, when he first visited India. Moved by the living conditions of the lower classes, it struck him that the application of scythes could greatly improve many lives.  In 2011, he made his first attempt to introduce the scythe to farmers who'd only used sickles: the Scythe Project in Nepal (SPIN).  Despite his focus and dedication, SPIN failed in its purpose of putting the scythe to widespread use, due to a lack of common vision between Alexander and the local co-organizers.

The redeeming value of SPIN came in the form of videos from that trip, which Alexander posted on youtube.  Three years later, one of those videos came to the attention of Vivek and Anant Chaturvedi, of Kanpur, India.  This father and son team are committed to rejuvenating the life of India's villages and helping to reverse the current trend of migration into cities.  They have already developed two appropriate technologies which could contribute to the quality of village life: a rice hull-powered generator, and an animal-powered deep well pump/fodder chopper.  They had nearly completed a third technology: a solar powered, hand-held, grain harvester.  This contraption was intended to be an alternative to the sickle, that is until Vivek saw a video of Alexander mowing wheat in Nepal, and dropped the 'solar harvester' project.  Instead, they tried to have a few scythes made, but none of the models were satisfactory.

Eventually, the Chaturvedis contacted Alexander when they learned that he and his son Gabriel were already in India.  Alexander and Gabriel were by then only a few days away from their flight home, having already spent six weeks visiting folks who had reached out in the aftermath of SPIN.  Impressed by the Chaturvedis attempts at manufacturing a scythe, Alexander decided to fly back to Delhi in order to leave time to travel another 500 km by car, through the night, to spend but one day at the Chaturvedis' farm in Kanpur.  It turned out to be the most fruitful day Alexander had yet spent in India or Nepal.

What followed, three months later, stands out as a dramatic success amongst other recent attempts to introduce this tool to third-world countries.

After Alexander returned to Canada, he remained in contact with the Chaturvedis, who hurriedly began preparing for an introduction of the tool during the upcoming wheat harvest.  Their ambition was to demonstrate the utility of the scythe to a select audience who might become trainers and distributors in their own regions.  While Anant waded into the bogs of Indian bureacracy, setting up a company to import scythes, Vivek arranged a full schedule of demonstrations across Northern and Central India.

Our schedule began with an official 'launching' of the tool on the Chaturvedi farm. The press was lured to the event by the presence of Palikarji, a natural farming guru with more than 5 million followers, who endorsed the scythe and suggested its inclusion in his program of 'zero budget farming.'  The launch was covered in major Indian newspapers, and the scythe would be covered by the press a few more times over the course of the month-long tour. During demonstrations, thousands of people witnessed the tool in action, and many had a chance to try it out themselves.  On the last day of our trip the Minister of State of the Indian Department of Agriculture hosted a demonstration at the Indian Agricultural Research Institute.  A number of video clips from this trip have ‘gone viral,' including one of the minister excitedly trying out a scythe for the first time. Needless to say, the scythe is turning lots of heads in India, and elsewhere.

Alexander's dedication notwithstanding, this scythe introduction in India would not have taken place without the contribution of the Chaturvedis to our common vision, nor without Vivek's personal connections across Northern and Central India.  Finding similarly motivated partners in other 'scythe-needy' countries will be the key to reenacting this success story elsewhere.


Below is an excerpt from a follow-up email sent by co-organizer Anant Chaturvedi:

Now a month has passed since the extensive demos, and exhausting as the whole 'scythe tour' was, in hindsight it was necessary. The scythe received much deserved attention and respect as "the tool of the future" -- and we have been contacted by enthusiastic people from all over the country. Many, by the way, express dismay at the fact that it took so long for it to reach India...

Clearly, the hopes and excitement have been generated and now it is our responsibility to come up with a package which meets people's expectations and is easy on their pockets. For this to happen, much of the material has to be made with local materials and by local craftsmen. You will be happy to know that we have almost finalised prototypes of quite a few things like the snaths, jigs, ...and small items like the rings. These will be made locally and it is just a matter of time before things start rolling. This, we anticipate, will also take off as much as 25-30% of the costs. I must again thank Alexander for all the tips and guidance regarding the same.

I hope that we will keep building on the somewhat auspicious beginning to this venture and that the needy and marginal farmers of India reap the benefits of a tool which should have reached them decades ago. 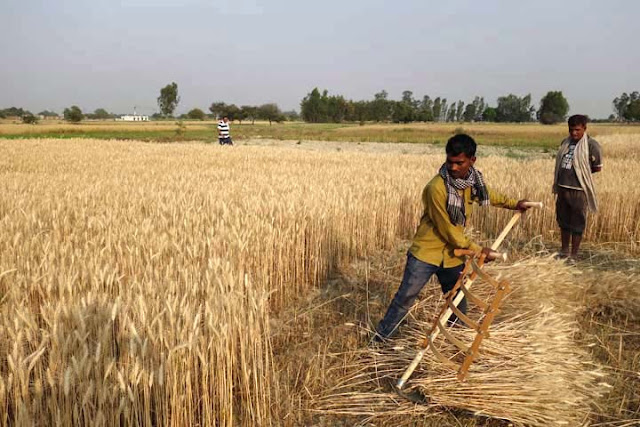 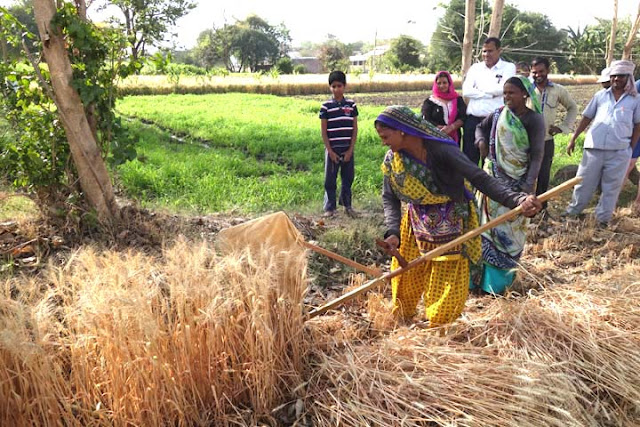 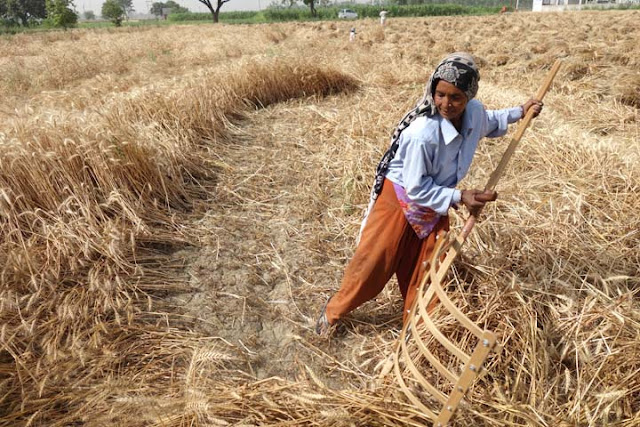 Statistics on India's agriculture from Mechanization Trends in India, by Sanjeev Goyle, Mahindra and Mahindra, December 2013.